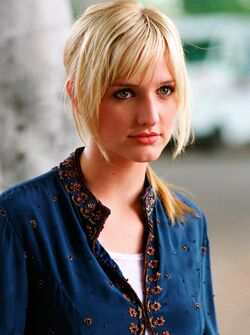 Cecilia is a really annoying character that, for unknown reasons, Simpson chose to portray with an irritatingly sultry, croaky voice for her entire run on the series.

Retrieved from "https://7thheaven.fandom.com/wiki/Cecilia_Smith?oldid=7760"
Community content is available under CC-BY-SA unless otherwise noted.