Mary's credit card bill seems to have magically been paid off and now Eric and Annie want to find out how. Desperate to protect their sister, the Camden kids do everything they can to keep the secret but it is a disaster waiting to be revealed and once it is, Eric and Annie decide that there's only one thing left to do. They make their final decision to send Mary away to live with her grandparents in Buffalo for her own good. 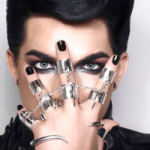